The Case for Vacation 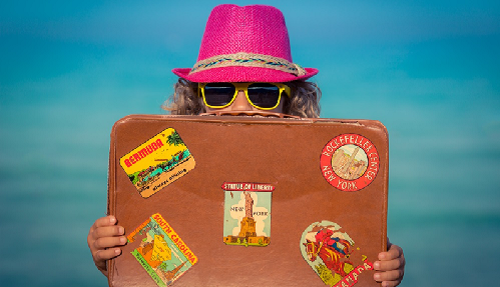 “Take a break!” — These words may seem counter-intuitive to the work ethic of those who would seek to advance their careers and catapult their businesses to success. Working hard is great…until it leads to burnout. There’s a difference between giving your all at work and working all the time. Science reveals our brains work better when we take time off to recharge.

The average American worker received 15 paid vacation days last year but took only 12, according to the 2016 Expedia Vacation Deprivation report, an annual survey of the vacation habits among employed adults in North America, South America, Europe, and Asia. This study reveals a disparity in the way

The same is true for many South American countries like Brazil. Of those surveyed, 25 percent of Americans described themselves as “very vacation deprived,” the highest among all nations. Why, then, do 29 percent of Americans report they typically go one year or longer between vacations? The answer is often worry that the work won’t get done. But is this justified?

The brain — only about 2 percent of a person’s total body weight — uses more than its fair share of energy. It demands 20 percent of the body’s resources while simply resting. It’s little wonder we feel drained after expending large amounts of mental energy on problem solving at work. Just like we need a period of rest after physical activity, recovery is needed to reboot cognitive functioning. If no recuperation time is allowed, the result will be a dramatic dip in productivity. Working long hours and failing to take time off may actually result in getting LESS work done. It’s harder to stay on task, be attentive, or solve problems with an overworked brain.

Taking breaks during the workday helps, but a vacation may offer the ultimate recharge. Studies show that vacation leads to significantly higher performance upon returning to the job. According to the Expedia report, about 28 percent of American respondents said they are “more easily aggravated” at work if they do not, or cannot, take enough vacation time. Creativity crashes with mental fatigue and soars following a return from vacation.

What NOT to do on Vacation

Now that you know you NEED to take vacation time, don’t fall into this common trap. It doesn’t matter where you go, but it does matter how “plugged in” you remain. You’re cheating yourself of vacation’s benefits if you’re constantly checking email and making phone calls. Maybe you think no one else can handle your responsibilities while you’re away. Maybe you’re afraid of the piled up messages when you return. While these may be valid concerns, staying “plugged in” doesn’t allow your mind to fully relax and reboot. A recent scientific study referenced by Health indicates even “checking” your email (not responding) outside of work is linked to stress, anxiety, and emotional exhaustion.

A few forward-thinking companies are receiving national attention by implementing policies or offering incentives to employees who don’t check in while on vacation. A recent Washington Post article cited San Francisco tech company Olark for offering a $1,000 bonus to employees who take at least five days off without checking in online and share their vacation photos once they return to the office. For the rest of us, here’s a tip to avoid temptation: Turn off smartphone notifications for email and other work-related applications.

Lose the Guilt, Soak Up the Sun

Vacations benefit not only the employee but the entire organization. Shawn Achor’s “The Happiness Advantage” cites research showing that when a worker’s brain can “think positively,” productivity improves by 31 percent and sales increase by 37 percent. Giving the brain time to recover from stress results is a healthier mental attitude and increased passion for the job. The U.S. Travel Association’s “Project: Time Off” study found that workers who take advantage of all their vacation time actually increase their chances of getting promoted by 6.5 percent, compared with people who leave 11 or more days unused.

So, the only thing left to consider is… the beach or the mountains? With so many benefits to taking time off, don’t let excuses get in your way. Is it time to recharge your brain with a vacation?

Cleaning Up the Car Wash Image

3 Keys to Creating an Exceptional Organization

SCHEDULE AN APPOINTMENT!
Subscribe to our Newsletter!Sign up to receive our monthly newsletter and stay up to date with the latest industry news and events.